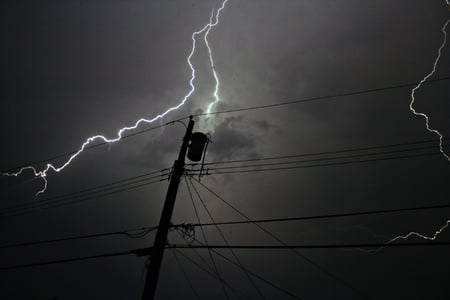 Recent events, from the wildfires that decimated the west coast to the blackouts caused by the blizzards in Texas, have demonstrated that any power system can be unexpectedly fragile. And if you’re operating a critical operation like a data center or an oil rig, you need to prepare to keep your power up not only during potential man-made disruptions, but also during events like tornadoes, droughts, flooding, blizzards, and all manner of severe or unexpected weather.

Critical power (aka reserve power) is an important element in managing your power system to make sure it stays up, no matter what unexpected disasters or events come your way.

But far fewer power systems are also built to be resilient: that is, built to handle low-probability, high impact events such as natural disasters and extreme weather events. A power system that has reliability built in, but not resilience, is always at risk: a single high-impact event can devastate the power grid, leading to power gaps and blackouts that can have catastrophic consequences.

Power system resilience means that a system is built to anticipate all manner of extraordinary, high-impact, low-probability events. Not only do resilient power systems recover rapidly following a disaster, but they also take the lessons they learn from experiencing a disaster and seamlessly fold them into the process of adapting their operations and functions to be even better prepared in the future.

So, what are some solutions to help your power system stay up in the face of natural or manmade disruptions? There are five key areas of focus: prevention, hardening, redundancy, uninterruptible power supplies (UPS), and microgrids.

Prevention is always the first step in power system resiliency, but it’s a step too many companies skip. The simple act of tracking weather systems that might affect your power grid, and then using that information to take preventative safety measures (such as shutting down unnecessary operations to save power in anticipation of an extreme storm) is one of the most critical ways to make your power system resilient.

Hardening measures focus on boosting infrastructure resilience. These measures might include:

While hardening measures are highly effective, they are also quite expensive. For most companies, it won’t be realistic to harden every single element of your infrastructure, especially at once. That’s why it’s important to start by prioritizing the most important items, then hardening as much as possible.

A redundant power supply refers to equipment or systems that operate using two or more physical power supplies. In other words, two power systems running parallel to each other. During normal operations, each of the parallel power supplies provides half of the necessary power. But if one system goes down or is powered off for some reason, the second power system is able to immediately provide full power -- meaning that there is constant, uninterrupted power with zero downtime.

That said, implementing redundancies within a network must be used strategically; it’s not simply duplicating every connection. When your system is overbuilt and redundancies are used excessively, they can drain overall speed and performance. An ideal power system design will consider your company’s pain points and will create backup paths built for efficiency, speed, and availability.

Uninterruptible power supplies, or UPS, differ from redundant power supplies because a UPS is a completely separate unit within the power supply chain and not part of any other device. Even when commercial power goes out, a UPS is able to provide constant electricity for as long as its battery life will allow (or until a generator comes online or commercial power gets back up). A personal computer might use a small battery device as a UPS backup in case the power goes out; major data centers usually have a battery-based backup system and a diesel generator as their UPS. This provides uninterrupted power options, even if utility power is not available.

A microgrid is a group of interconnected loads and distributed energy resources within clearly defined electrical boundaries that act as a single controllable entity with respect to the grid.

A microgrid allows arbitrage among multiple resources. It is capable of either connecting or disconnecting from the grid, which in turn enables it to operate either in grid-connected mode or island mode.

So, there you have it: five factors to consider when building your power system.

If you want your critical power system to work when you need it to, that power system should be based on your specific needs. In other words, it’s important to first know what parts of your system and data are mission critical, and therefore can absolutely not go down -- and then, to take the steps above to ensure that no matter what happens, they never do.

That’s why Concentric designs a system after doing a power assessment that observes your system in action and takes your needs into account.

How Reactive Power (and Unneeded Downtime) Hurts Your Facility

Here’s a scenario that may seem familiar: You are a growing facility with reasonably new...

If you oversee critical power for a data center or other critical operation, it’s likely that you...